Located in a garden planter outside the north entrance to the Conrad A. Elvehjem Building, Awakening appears to sprout directly from the hedges around its base. Awakening is a mixture of solid bronze crescents and abstracted, vertical slabs that are individually raised at separate levels. Each form is rich in texture similar to an eroded stone. Each edge is soft and uneven with occasional undulation.

George Cramer taught in the UW-Madison’s art department for over thirty years (1970-2004). While his earlier work primarily consists of sculpture, Cramer also ventured into watercolors, painting, and printmaking. Cramer was also an early adopter of digital art and explored the intersections between art and technology. While his sculptures are relatively austere, his two-dimensional works are vibrant and colorful.

Awakening was generously donated to the Chazen Museum of Art by Frances Weinstein in memory of her late husband Laurence A. Weinstein, former president of the UW System Board of Regents. The sculpture was commissioned by the Weinsteins for their Madison home. The Weinsteins are credited with founding the Mosse/Weinstein Center for Jewish Studies at the University of Wisconsin-Madison. 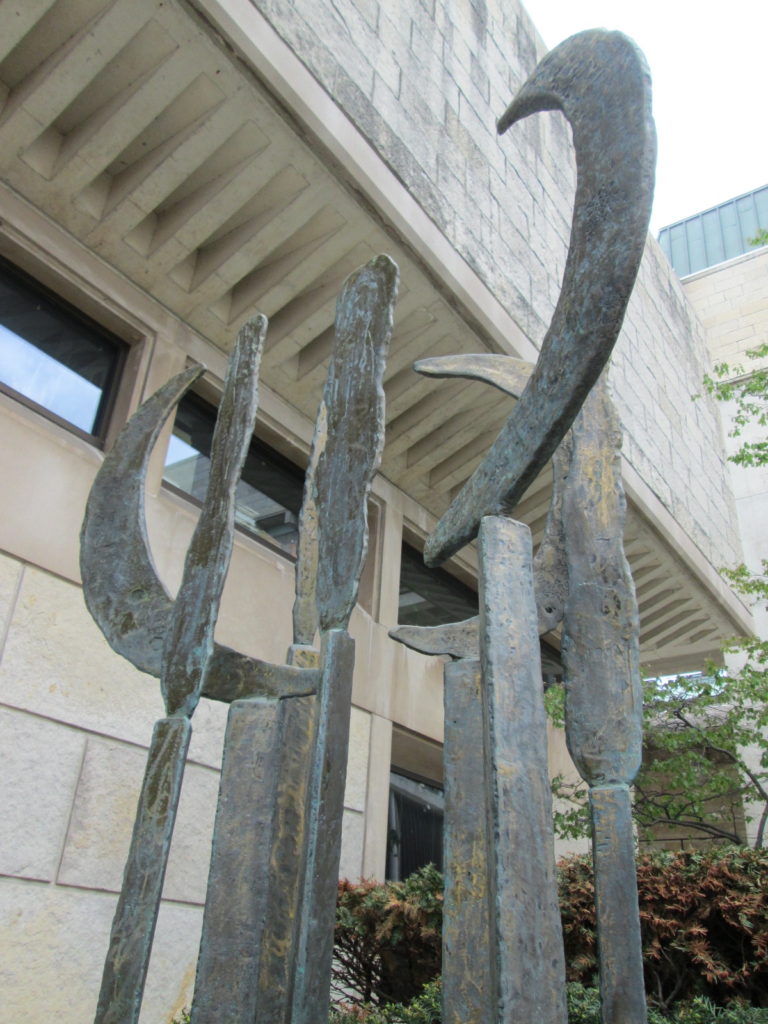 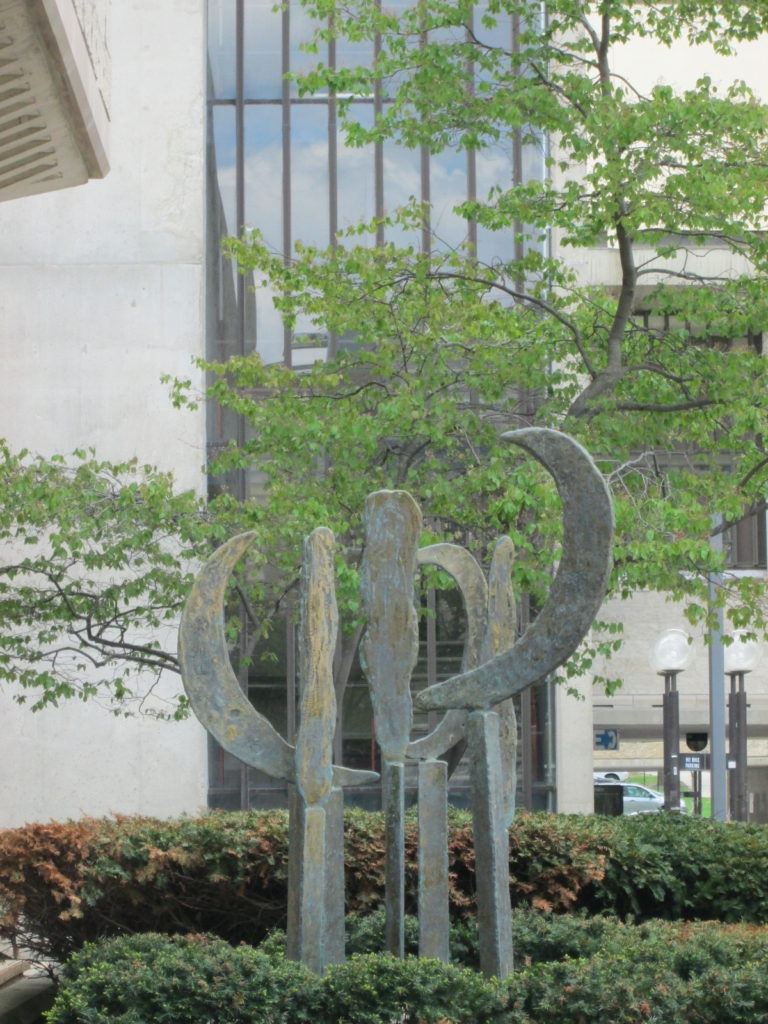 Gift of Frances Weinstein in memory of Laurence A. Weinstein