Bently Spang is an independent multidisciplinary artist, educator, writer, curator and an enrolled member of the Tsitsistas/Suhtai Nation (a.k.a. Northern Cheyenne) in Montana who works in a variety of media including video, mixed media sculpture, performance, photography and installation. His work confronts and confounds the persistent, romantic and inaccurate role crafted for Native peoples in the false narrative of ‘The West.’ His deconstruction of this myth reveals what he calls a ‘pre-colonial’, fully empowered Native voice/identity undisturbed and un-colonized. This pre-colonial voice/identity drives Spang to use lived experience to confront issues of injustice that surround race and place, exploring the inevitable concerns that arise— personal, communal, environmental and cultural—when race and place converge.

He has curated national exhibitions of Native Art for the Denver Art Museum, the Institute of American Indian Arts in Santa Fe, and Fort Lewis College in Durango, Colorado, among others. He has published numerous articles and catalog essays discussing contemporary Native art, as well as two children’s books. His most recent publication is a handwritten, photo-based essay entitled “Compositions” for the ASAP Journal, Johns Hopkins University Press. His video work has been included in the Santa Fe Film Festival, the National Museum of the American Indian Film and Video Festival in New York, and the ImagiNATIVE Film and Media Festival in Toronto.

Spang is in museum collections in the US and Europe and has exhibited widely including a 2019 solo exhibition and a performance, both entitled “Firewater,” at the Missoula Art Museum and a 2019 performance collaboration entitled “Stratum Reset” with his musician son Troy M. Spang for the Tinworks Art project in Bozeman, MT. He has also been in group exhibitions at the Metropolitan Museum of Art, the Brooklyn Museum, the National Museum of the American Indian and the Nelson-Atkins Museum.

He taught with the 2016 and 2020 MFA programs at Bard College and is also a current grad reviewer and was a 2007-2009 Visiting Professor in Video with The School of the Museum of Fine Arts at Tufts University (SMFA). In his 2 years at the SMFA he developed a unique curriculum wherein he taught a portion of his classes remotely via a live video feed on the internet from both his parents ranch on the Northern Cheyenne reservation and his studio in Billings, MT. The feed enabled him to connect his students with Native elders, artists and community activists in the Montana Native community. Awards include a Joan Mitchell Foundation Award in 1997, a 2018 Native Arts and Culture Foundation National Artist Fellowship, and a 2017 Montana Arts Council Innovation Award. He was also a 2018-19 Senior Fellow with the Center for Arts Design and Social Research (CAD+SR). He currently maintains a studio in Billings, MT. 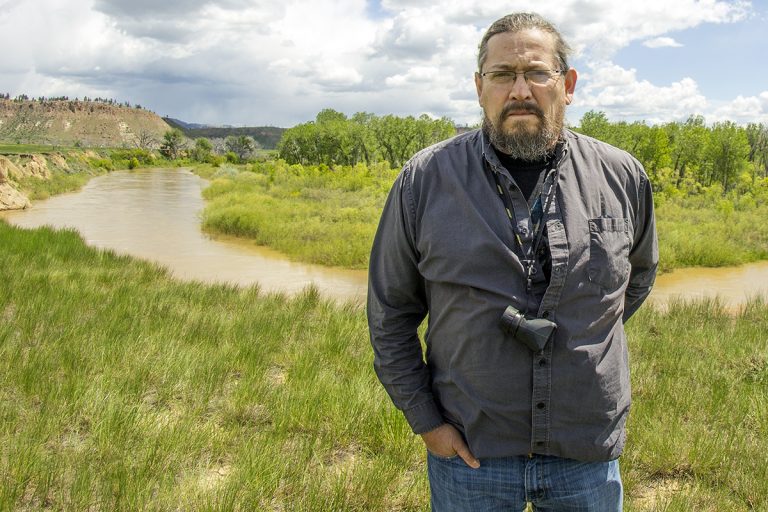 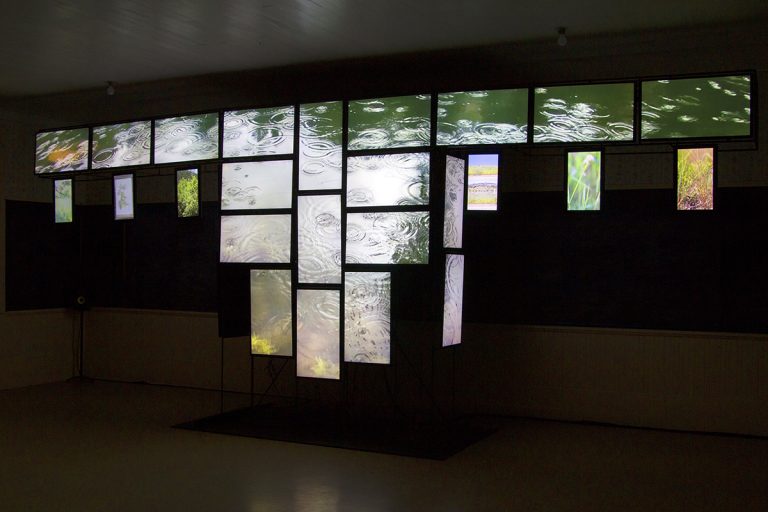 This piece chronicles my lifetime relationship with the water on my reservation, my water and my peoples water. It takes the viewer from the Tongue River the eastern boundary of our reservation near my parents ranch, up the tributaries to the high country of the reservation to the springs that are the source of the water. Just as I know my water and where it comes from, I urge the viewer to develop a relationship with their water and to know where it comes from so they can protect it too. This piece was commissioned by Mountain Time Arts in Bozeman, Montana for the Waterworks series entitled “Wetlands” and was installed in the historic Dry Creek School near Belgrade, MT